Diversity beyond gender proves hard for investors to measure

Finding data on worker demographics is a challenge for responsible investment teams.

When BlackRock, the world’s largest fund manager, took companies to task for the lack of women on corporate boards earlier this year, it struck a chord with Julie Gorte.

A senior vice-president of Pax World Funds, Ms Gorte had spent nearly 20 years making that very point with the companies in which she invests.

Progress has been slow. Less than a quarter of blue-chip board seats are held by women in the US, according to data from proxy adviser Institutional Shareholder Services, trailing the greater progress seen across many European countries.

If efforts to increase gender diversity have been slow to take effect, addressing other areas of diversity has proved even harder, as Ms Gorte and others have discovered. This includes analysing boards’ mix on ethnicity, sexual orientation, disability and social background. Yet investors often draw a blank with their research.

They say they lack the basic data to judge how companies are faring on increasing diversity across their organisations and some are now actively pushing companies to disclose more information.

“If you see a Hispanic name or black face, you can say yes this board has an ethnic minority on it,” Ms Gorte says. “But you are never really sure — does that person think of themselves as Latino? Are they there to represent that group? Making a determination often can be quite difficult.”

Some investors look at how companies score on equality rankings, or seek out news reports that highlight harassment and discrimination at a given company

The shift is being propelled by the more progressive public US pension plans, as well as advisers to city retirement and investment funds in New York and Chicago. Big money managers, such as BlackRock and State Street, which hold hefty sway in proxy contests, have also responded to the call.

Investors have come to appreciate the value of boardroom diversity, both as a social imperative and a way to improve the mix of decision makers at the top of a company. Diverse boards are viewed as a way to mitigate against groupthink and legal risk.

There is also arguably a financial imperative for companies. Research from Bank of America this year showed that businesses with women in top roles and broad diversity policies generally saw lower earnings volatility and higher returns on equity.

“There is clear evidence that having women on boards provides broader perspectives,” agrees Christopher Greenwald, head of sustainable investment research at UBS Asset Management. “It is important to have an effective and well-managed board with a range of skillsets [and] range of perspectives to question management in the long-term interest of shareholders.”

Yet very few companies in the US disclose the ethnic make-up of their boards, according to John Roe, head of ISS Analytics.

The company compiles its own data based on assessments of corporate boards. It shows that about 15.1 per cent of S&P 500 board seats were held by someone non-white in 2018, up from 13 per cent five years earlier. By contrast, census data show minorities make up roughly two-fifths of the US population. Smaller companies have fewer still. Just 8.5 per cent of board seats at small-cap companies in the S&P 600 are held by minorities, versus 7 per cent in 2013.

In the UK, meanwhile, 8 per cent of FTSE 100 board seats were held by people of colour in 2017, against 14 per cent in the broader population.

The New York City Comptroller, the chief fiscal officer of the city, has taken a direct approach. It asked the boards of 151 companies to detail their demographic breakdown, including sexual orientation, race and age.

Generally, of companies that already provide diversity data, most tend to detail their board’s age and ethnicity. Some companies, however, such as insurer and asset manager Prudential Financial, and electric utility operator Edison International, have started to include sexual orientation data in their breakdowns.

Investors often have to turn to alternative sources to find out what companies are doing to promote diversity. Some look at how companies score on the Human Rights Campaign’s annual equality ranking — a scorecard for how groups are faring on policies — or seek news reports that highlight harassment and discrimination at a given company.

“The data is a challenge,” says Linda Giuliano, head of responsible investment at AllianceBernstein. “Do people want to be [asked about] their sexual orientation? . . . It creates a real dilemma.

“It matters . . . but on the other hand it doesn’t feel right that we have to get that personal about an individual. ”

Asset managers are trying to establish more sophisticated methods to guide their investment decisions. Kurt Summers, the treasurer of Chicago who manages the city’s $8bn investment portfolio, together with his team scores each investment decision across 200 factors relating to diversity, the environment and corporate governance. The data come from index providers such as MSCI as well as via its own research.

Chicago and several other pension funds have told their Wall Street counterparts how they select investments. “You have the entire broker-dealer community taking notice and adjusting their market pitches based on what we and other . . . institutional investors are saying are [our] priorities,” Mr Summers says.

“You have the ability to have a significant market impact, more so than any individual conversation with a company.” 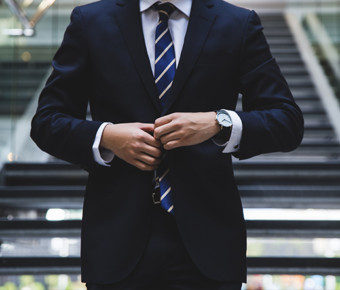 Sole traders can play vital role in diversity and inclusion

Why everyone’s talking about the pay gap? 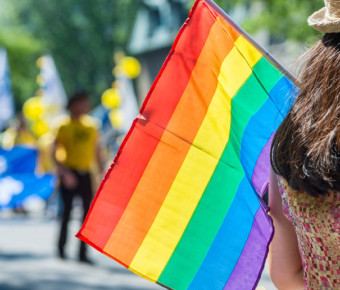