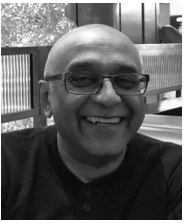 Do ever feel like you are unsure of the way to refer to someone who identifies as LGBT+/BAME/Disabled, Etc. Is the term ‘Disabled’ appropriate?  Is it wrong to say, ‘Queer’?  Does Political Correctness inhibit free speech? Have you heard people say, “I call a spade a spade”, to defend what they consider to be their  right to free speech?

During this Webinar we will explore how language and terminology, when used appropriately, contributes to creating a culture of belonging in your organisation, whilst removing the stigma around accusations about ‘Political Correctness gone mad’. It is an essential for all leaders and teams.

This session will be run by Jiten Patel, a Conscious Inclusion Specialist.  Jiten is an award-winning EDI strategist, and practitioner, a published author and blogger on matters pertaining to Inclusion through diversity.  He has a background in Financial Services and, upon leaving his Diversity and Inclusion role at HSBC, Jiten set up his own company in 2001 and has worked with a vast range of clients from Blue Chip companies all the way through to small local charities.

As well as all the four nations of the United Kingdom, his work has taken him to continental and Eastern Europe and India.  He was the winner of the Diversity Champion (Education Sector) award in 2015 and received the ‘Highly Commended Head of Diversity and Inclusion’ award at the 2016 and 2017 Inclusive Company Awards.  He was also a top 3 finalist at the 2011 Race for Opportunity awards for the design and development of his highly successful ‘Aspire~’ Positive Action Programme.  He was also the original creator of the Civil Service Learning’s Positive Action Programme, Positive Action Pathway, which witnessed some 30% of staff achieving career related moves as a result of attendance on the programme.

In his spare time Jiten has been involved a variety of charitable work; he is a past Chair of ‘Working Families’ a charity specialising in assisting people and employers to implement effective agile working to facilitate work-life-family commitments.  Since 2002, Jiten is, and has been a trustee of a number of charities.  He is currently a Trustee at ‘MK SNAP’ (a charity specialising in the needs of post 16 learners with learning disabilities) and the LPSOL (focusing on supporting people from South Gujarat area of India who have settled in the UK).

Jiten’s first book, Demystifying Diversity (co-authored by Gamiel Yafai), was published in 2016 and is currently going into its second edition which includes new content about Cognitive Diversity.