For the first time in years, optimism is the dominant mood among the senior executives and human resources bosses charged with improving the financial services industry’s gender diversity. The UK’s gender pay gap reporting, which obliged companies to lay out publicly how much less their female employees earn than their male ones, is proving a powerful catalyst for change as companies face the risk of public backlash unless they change their ways.

The #metoo movement’s revelations of rampant workplace sexual harassment is also proving a friend to gender diversity proponents, giving them the fair wind they need to make their workplaces less hostile to females.  There is ample scope for progress.

Of the 70 companies across the world the FT approached, 48 collectively employing almost 3.5m people supplied data on women’s share of senior jobs, while 39 firms, with almost 3m staff, gave data on the gender split for mid-level jobs.

At the highest levels, women held a weighted average of just 27.2 per cent of the top jobs at this year’s count, up only marginally from the 26.8 per cent at the same companies a year earlier.

At the mid level, women’s share of jobs rose to 43 per cent for the most recent period versus 42.1 per cent a year earlier; 17 of the companies polled saw their female representation at senior or mid levels fall.

Yet despite scant evidence of progress, senior executives and human resources bosses are in bullish form. They argue that 2017 could go down as a watershed when companies intensified their efforts and the results will be seen in the years ahead. Women in the City have long believed they were earning less than male peers; earlier this year, they got what many saw as proof.

The UK’s inaugural round of gender pay gap reporting showed that the top 10 investment banks in London paid their female staff 29 per cent less than their men, while women’s bonuses were 51 per cent lower on a median average basis.

Other financial services firms also revealed big gender gaps. Companies were seriously concerned by how the figures would look and the fallout. A junior trader at a large US investment bank at the time recalled the numbers generating “a lot” of backlash, as women pressed for more detail on the gap at various seniority levels — requests that were ultimately shot down by management for confidentiality reasons.

At UBS, global head of diversity Carolanne Minashi said the bank offered open sessions for anyone who wanted to discuss the data and drivers behind it. “They were capped out at 30-40 participants at a time,” she said. “We said ‘we will run them until everyone who wants to have a session has done it’.” They ran six sessions. Senior executives across the City argued that the gulf in men and women’s pay was caused not by women being systematically underpaid but the fact that women were generally doing more junior roles, a fact the data make no adjustment for.

“The fact that we were going to be publishing that (data) helped galvanise the institution into signing up to goals (on women’s share of senior jobs).” Ms Grey said these goals — including having women make up 30 per cent of senior Emea roles by 2025 — “really helped” promote gender diversity.

Helena Morrissey, head of personal investing at Legal & General Investment Management, said she had “seen a new sense of urgency” around the issue of promoting women. Overall, 13 of the companies polled by the FT said they had taken specific actions because of gender pay gap reporting, while 14 said they had not and the rest declined to answer.

The #metoo movement was another feature of the last year, and one that could prove a catalyst for faster advancement of women. “#metoo compelled organisations to take a fresh look at company culture to ensure they are creating an environment where all employees feel safe and supported,” said Clare Woodman, head of Emea for Morgan Stanley.

Nine companies told the FT they had instituted new policies as a result of the #metoo controversy, 23 said they had not, the rest did not answer.

Some of the changes are more subtle than formal policies. Asita Anche, a senior quant trader at Barclays, said the controversy had fostered an awareness of what were appropriate and inappropriate work events. “It’s been a huge positive,” she added. “Understanding now that there are repercussions to how you behave, it’s a very important step in the right direction.” Even before #metoo and gender pay gap data hit the headlines, financial services groups were coming up with new ways to promote gender diversity. Twenty two of the companies polled by the FT said they had introduced new initiatives last year, 12 said they had not, and 20 declined to answer.

At Goldman Sachs, a pilot scheme allows women to take jobs in male-dominated areas on a no regret basis. “The business is going out and actively pursuing diverse individuals to come into those job roles,” said Dane Holmes, Goldman’s head of human capital management. “We’re saying to them . . . we’re fully vested in your being successful . . . and if a year from now it isn’t working for you, let’s move you.” Mr Holmes said the approach, which is in very early stages, was being trialled in areas such as trading and engineering.

At Citi, Ms Grey is excited about the bank’s work with the UK government’s behavioural insights team — “the Nudge Unit” — on ways to systematically remove gender bias from recruitment and promotion. “It’s much easier to debias the system than to debias individuals,” she said. “We’re giving all our data anonymised so they can look at trends and apply behavioural economics (to show companies) what nudges and tweaks we might make to some of our systems (to improve gender diversity).” Many companies said they had extended existing policies to new markets. “Extending stuff to new markets, that’s a positive sign,” Mrs Minashi at UBS said. “That only happens when a pilot has worked and you’re seeking to replicate and scale it.”  Still, she is cautious on the role that new and novel things will ultimately play. “I would rather than we stick to the agenda that we know we should be doing and that will actually deliver change,” she said.  “In the last decade there has been — maybe born out of frustration about lack of movement — this constant ‘what could we try that is new’?” That frustration Mrs Minashi speaks of comes up time and time again in the interviews with senior executives. “I’m happy with our efforts, I’m just not happy with the output,” said one exasperated head of an investment bank.

Nicky Morgan, head of the UK’s Treasury select committee, which has encouraged companies to articulate gender diversity ambitions under the Women in Finance Charter, said it was a “shame that progress towards gender diversity is so slow when there has been such a focus on the issue”.  Much of the efforts are focused around the mid-career level, where women tend to disproportionately drop out. “I don’t think any policies would have convinced me to stay,” said a female associate who left a US investment bank earlier this year. “When I told them I was leaving they did highlight the things they were doing (around gender diversity) . . . they seemed more worried they were losing a number from their quota than anything else.” She said she was leaving banking because women still faced an exhausting struggle to climb the ranks. “As much as they say things are being done, the mindframe I don’t think changes,” she said. Amanda Blanc, incoming chair of the Association of British Insurers and incoming head of Zurich’s European business, said that “while there is a huge amount of talk about initiatives, plenty of sound bites and staged photo shoots . . . in reality it is obvious that meaningful actions need to follow and quickly”. She added: “There is simply not the progress in getting women on to executive committees, especially in P&L roles, that I believe there should be.” Diony Lebot, deputy chief executive of Société Générale, said she had moved from being “quite reluctant” on quotas to becoming “more and more convinced that some sort of quotas or clear objectives are necessary because it forces action, it forces people to think in a broader way, to stop . . . promoting people who went to the same schools, who are men”.

Morgan Stanley’s Ms Woodman said she believes the industry overall “needs to invest more heavily in manager training, helping managers get better at giving feedback and career development planning”. She added: “More work is also needed on making formal and informal flexible working more accessible, acceptable and visible, removing some of the stigma.” With so much left to do, UBS’s Mrs Minashi said she was “nervous” about expectations for progress by the time the next gender pay gap reporting came around. “The data capture date for 2018 data was early April 2018, in some cases data capture was a week after the (2017) report was published,” she said. “I would be surprised if you see big seismic shifts.” Overall, she argued that there should be an appreciation that gender diversity was a “marathon not a sprint” and that perseverance was key. “One of the things that we’ve all got to be mindful of is consistency, we’ve just got to keep at this consistently,” she said. “Now is not the time to give in and say this isn’t working. We’ve just got to keep on sticking to the agenda.” Big progress may well be around the corner, but it is unlikely to show itself in the form of a big bang.

Theresa May, forget Brexit and make diversity your legacy 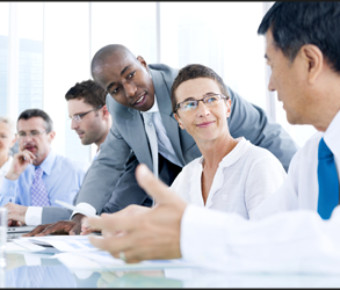 We should be striving for representation, not just diversity

Businesses in UK asked to do more to promote Diversity

UK Music survey suggests diversity initiatives are having an impact