Gender pay gap targets must be set by all companies, Equality and Human Rights Commission says

Targets to eliminate the gender pay gap must be set by all companies, Britain’s equality watchdog has suggested.

The Equality and Human Rights Commission called for a new law obliging employers to publish plans for tackling wage disparities, after finding only one in five had drawn any up.

Currently, legislation requires organisations with more than 250 employees to report details of its gender pay gap once a year – but not the action being taken to address it.

It is feared without additional legal clout the reporting laws will not help narrow the gulf between men and women.

A study of 440 employers was carried out by the EHRC, including 40 FTSE 350 organisations and others from sectors such as finance, manufacturing and the arts.

Just 11% had set pay gap targets for themselves each year, which would allow them to measure progress over time, it was found.

Goals for one company included increasing the number of female staff earning more than £40,000 a year to at least 25% by 2025.

Around half of the employers examined produced an accompanying narrative to their figures, but many of these “contained very little detail or clear commitments to future action”, said the EHRC.

This left just one in five organisations with “an identifiable action plan that was time-bound and included target-driven activities”.

Larger employers were found to be more likely to have an action plan in place than those with fewer than 500 members of staff.

The watchdog said it was “essential” for action plans to be produced if businesses wanted to display a real commitment to closing the divide.

Reporting laws came into force last year and the first reports revealed in April that more than three-quarters of big employers in Britain had a pay gap favouring men.

Measures to reverse the trend could include anonymising CVs and including a mixed-sex panel in job interviews, the report recommended.

EHRC chief executive Rebecca Hilsenrath said: “Earlier this year gender pay gap reporting shone a light on some of the issues women face when accessing, progressing and staying within the workplace.

“As we head towards the second year of reporting, the attention now needs to shift towards employers who must play their part in reducing the gap, starting with publicly setting out how they intend to address it in their organisation.

“Specific and time-bound action plans can do more than just identify the barriers holding women back in the workplace, they can help to create an environment where female employees can flourish, as well as demonstrate to employees, customers and shareholders a commitment to improving working practices, and can enhance the organisation’s reputation.

“We’d like to see them go further and are calling for the Government to make the publication of action plans mandatory, so that reporting can drive meaningful change.”

The EHRC is an independent body tasked with safeguarding and enforcing equality laws in Britain and can take companies to court if they fail to publish pay gap data.

Proptech can lead on diversity 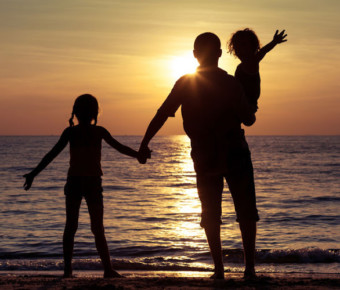 Dads, parenting, and the gender pay gap – equality at home will lead to fixing inequality in the workplace