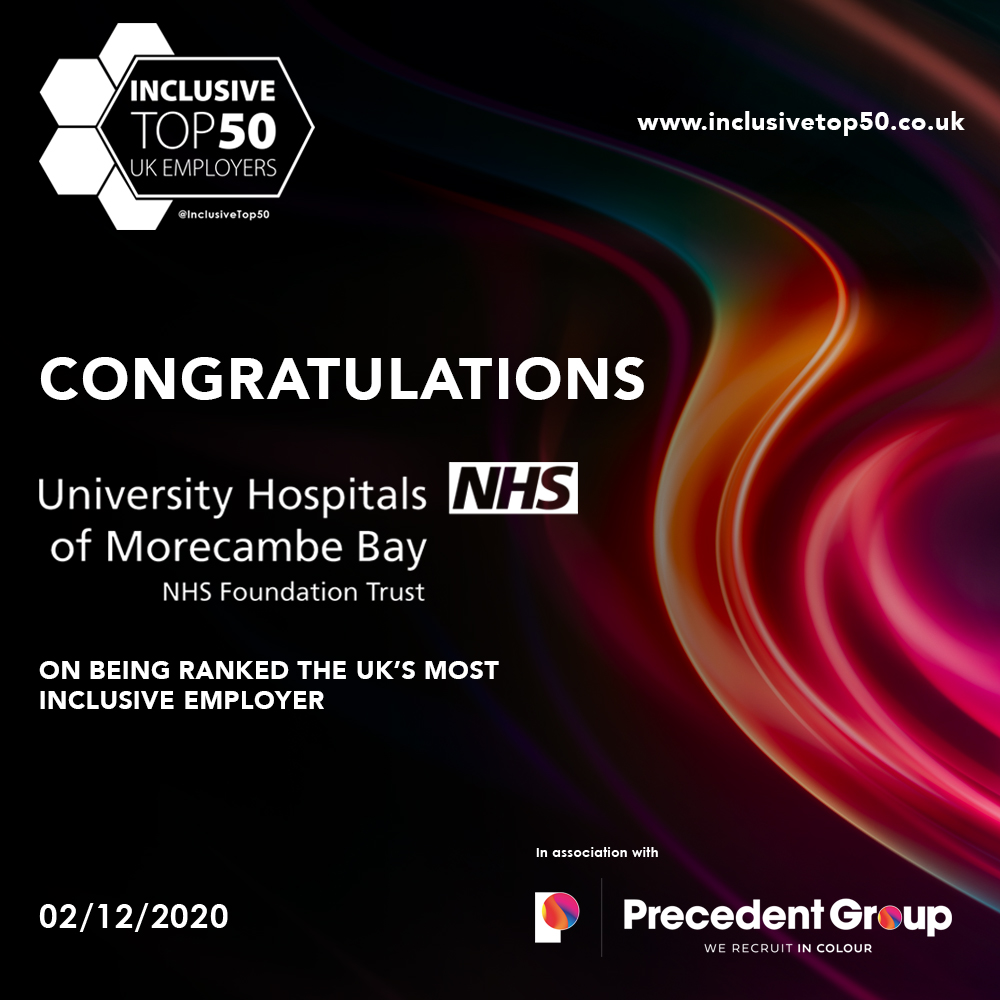 Announced through a virtual event, The Inclusive Top 50 UK Employers is a dynamic resource that has identified the most inclusive companies across the nation.

It is a definitive list of 110 UK based organisations that promote inclusion across all protected characteristics, throughout each level of employment within their company.

Representing the promotion of all strands of Diversity including Age, Disability, Gender, LGBT, Race, Faith and Religion, the annual list highlights a variety of organisations across different sectors.

Karmini McCann, head of inclusion and engagement at UHMBT, said: ‘We are incredibly proud to be named number one in the Top 50 UK Employers list. This last year has truly shined a light on the power of inclusive leadership and inclusion networks in understanding and responding to the impact of COVID-19 on different groups, and most importantly, working together to keep each other safe whilst caring for our local communities.”

This is the fifth year in a row UHMBT has been ranked within the top eleven in the coveted ‘Inclusive Top 50 UK Employers list’ – ranking tenth in 2019 (as well as being shortlisted in the ‘Diversity Network of the Year’ category), seventh in 2018, eighth in 2017, and eleventh in 2016.

This year David Wilkinson, director of people and organisational development at UHMBT, joined an expert panel on the awards day to undertake a question and answers segment on equality, diversity and inclusion.

David said: “We are extremely proud to have been asked to join the panel of the Inclusive Top 50 UK Employers alongside a number of esteemed and high-profile national organisations who had made significant contribution to equality, diversity and inclusion.

“UHMBT was chosen to sit on the judging panel for the awards this year due to being ranked as the top-performing public sector employer in previous years, representing the considerable efforts made in pursuit of our ambition to become effortlessly inclusive.

“To then be recognised as the number one most inclusive employer was a huge achievement and a testament to the continued efforts of our colleagues who endeavour to make our Trust a better place to work and a better place to be cared for.

“This achievement helps to show that whilst we have more work to do, we are on the right track. On behalf of the Trust, I’d like to thank all of our teams for their commitment and dedication – well done to everyone!”

Source – Written by Nick Lakin, featured in The Visitor