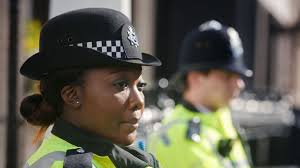 Now is the time for forces to transform themselves and address racial inequality, the most senior Asian woman in the ranks of the police has said.

Assistant chief constable Kerrin Wilson, the National Police Chiefs’ lead on race, said the end of austerity, a drive to recruit 20,000 more officers and the Black Lives Matter protests mean forces are able to confront their records on diversity.

She said: “There’s a massive issue around diversity and around people of all backgrounds, faiths beliefs, and cultures at the moment.

“We’ve got the opportunity with the uplift programme of 20,000 new officers coming into the service to do something differently. And there’s a great willingness for policing to change.

“But what we need to do is get over the red tape that sometimes prevents us being as good as we want to be. Another separate part of my work is also bringing in women of colour into the service.”

ACC Wilson is one of only two BAME female officers in senior roles in Britain, raising serious questions about efforts to recruit and encourage ethnic minority officers in the service.

In 2009, in its 10-year Macpherson anniversary report, MPs on the Home Affairs Select Committee said progress had been “slowest” in the police workforce.

Today, the evidence suggests that is still the case.

“I first started in Northumbria police and I’ve been across five different forces now. For probably the first eight to 10 years of my service I was the only female officer of colour.

“That was incredibly lonely in terms of understanding or finding somebody else who I might want to talk to when I struggled with some of the challenges that I had in policing.

“But the force and policing has come such a long way since those days. It is a different world now.”

An inquiry into the death of murdered teenager Stephen Lawrence called for an overhaul of police procedures and attitudes towards race. But how much has changed since 1999?

Recalling her own experience of racism while working in the police, she said: “Trying to explain to people outside of policing why I wanted to be in a job which was branded as being institutionally racist and having terms like coconut used, where you’re brown on the outside and white on the inside because you abandoned any cultural reflections of yourself, were quite hurtful things to go through.”

Across Britain, 7% of officers are from a black, Asian and minority ethnic background, compared with 14.9% of the population.

The shortage of senior BAME officers in chief roles has become a cause for concern. In the history of the service, there has only been one black chief constable – Mike Fuller, who led Kent Police between 2004 and 2010.

ACC Wilson believes that some of the promises made by police leaders following the Macpherson inquiry in 1999 may have been forgotten.

“When you’re not looking at it, specifically, some things get forgotten about because the next thing comes along that you focus on.

“The last 10 years have been particularly difficult during austerity, so lots of forces have had to put their plans on hold, because they weren’t recruiting, or they were actively reducing their numbers.

“If you’re not recruiting, then you can’t bring in people of difference,” she said.

But after 28 years in frontline policing she believes there are grounds for hope.

“There’s lots of work going on with the College of Policing about trying to help eliminate some of the unconscious bias that we’ve got both in our structures, and some of our senior and middle managers, who just may not have considered what some of the processes are doing to people to stop them coming in.

“We’re working together to see at every different stage of those recruitment processes whether it’s the attraction, the application form to the interview or the training and what can we do to eliminate some of the bureaucracy or the unconscious bias that might be a barrier for people.”