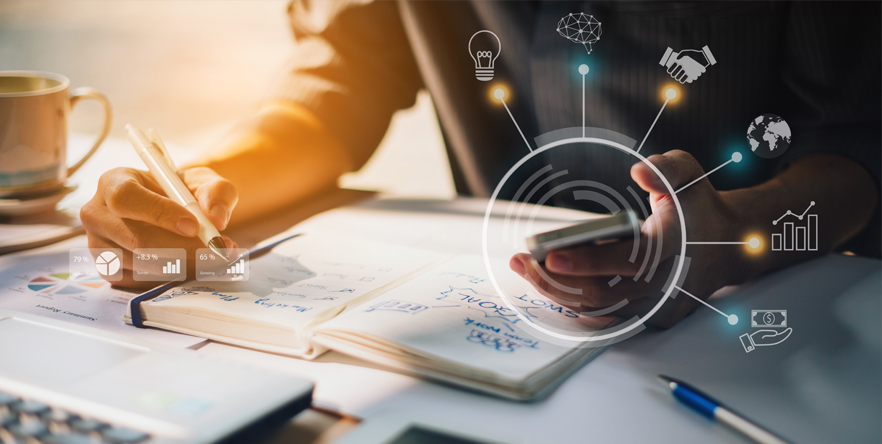 With job vacancies at an all-time high, and many people having left the labour market during the pandemic, organisations are becoming increasingly aware of the importance of inclusion.

Bupa is one of the most inclusive companies, according to The Inclusive Top 50 UK Employers List. The company has established a Global Inclusion Framework, based on three pillars – creating an inclusive culture, with inclusive leadership and inclusive practices.

Kantar, another high-ranking company on the list, places high value on inclusion both in recruitment processes but also in continuous professional development. Claire Nathanael, the data analytics and brand consulting company’s HR director, says: “There’s always a commercial part that says if we are more diverse, more inclusive, we will have better, happier people. But there’s also a moral aspect. We’re really keen to do the right thing.”

Kantar’s future leaders programme emphasises its openness to apprentices as well as graduates to ensure a diversity of background. “It’s about ensuring there are no barriers to people entering the programme. We want people that can think differently,” says Nathanael.

It also has a female leadership programme, the success of which is borne out by the fact that the top team has an equal gender split. Its CEO, CFO and HR director are all women.

A number of other initiatives aimed at improving inclusion in Kantar include its Ally Programme and Supporter Programme. Both of these ensure staff have continuous professional development to reach their personal career goals. They are also piloting a new programme to help recognise, understand and mitigate issues such as imposter syndrome and building personal brands.

Nathanael says in terms of inclusion it’s critical for employers to “not stand still” and to understand that diversity comes in all different shapes and forms, and is always evolving. “It’s an element of understanding that as an organisation you need to continuously improve,” Nathanael says.

Sunderland-based soft drinks manufacturer Clearly Drinks has recently part-funded a £60,000 role with the Salvation Army to provide employment opportunities to homeless people in Sunderland. The company has also signed the Armed Forces covenant to ensure that those who serve or who have served in the Armed Forces, including their families, are treated fairly.

Mick Howard, CEO at Clearly Drinks, says: “We remain committed to attracting, hiring and developing diverse talents at all levels by continually addressing the systematic barriers embedded within policies, practice and services that unintentionally exclude individuals in any form.”

Some organisations are actively recruiting for inclusion. EY has just launched a Neuro-Diverse Centre of Excellence (NCoE) in Manchester, in a bid to actively change its workforce. NCoE has recruited six neurodivergent individuals; the ambition is to hire 150.

Jacqui Wallis of Genius Within, which specialises in the workplace support of neurodivergent adults, makes the case for focusing on current workforces. “Many organisations might be surprised to find that they already have neurodiverse employees within their workforces.”

One area where organisations could make an immediate change is in job advertising, by using plain English and explicit job expectations. Organisations can also tweak their recruitment process by sending interview questions to a prospective candidate prior to an interview. “Think about what you’re trying to do in an interview, and what you’re trying to get out of the candidate: you’re trying to understand what they’ve done in the past and what they could do for your organisation,” Wallis says. “But if you ask them on the spot, what you’re testing is their short-term memory and their ability to process information quickly. You’re testing the wrong thing. There is no correlation with interviewing being a great marker for someone succeeding in their job.”

An inclusive workforce will mean different things to different organisations. Experts say, however, that the benefits, such as reduced absenteeism, enhanced job commitment and positive team working, far outweigh the change required to be more inclusive.