Trying to improve racial diversity in the media 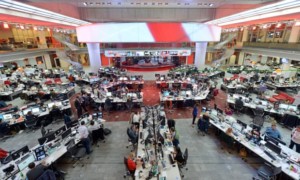 ‘Bob del Quiaro and Wendy Sloane on journalism courses for BAME students. Plus Paul Doran says sportspeople should walk off the pitch whenever a racist incident occurs’.

Daniel Taylor is right to wonder why there is a lack of ethnic diversity in sports journalism in Britain (Why should someone like Raheem Sterling be seen as ‘fair game’?, 11 December). Many young BAME people, especially black people, do not believe they can get into any kind of journalism. When still at school, and advisers are talking about what kind of jobs they might try for, such youngsters tend to be categorised as so lacking in written and spoken English that they’re unfit for media work and have no chance of ever attaining sufficient skills to compete in that area with white kids.

Thus discouraged, there is shrugging of shoulders, glum belief that journalism is just another line of work that’s “wall-to-wall whitey”. I heard that phrase a number of times when, around 1990, I was teaching on a one-year course (Introduction to Journalism for Black and Asian Students) at a college in south London. The course, whose students had a minimum age of 19, was to give people who had missed out on some formal qualifications at school a chance to start in journalism.

It was all too clear that many of the students were lacking in the literacy skills necessary in any newsroom. Part of the college course was tackling that – but it was part-time so that the students could still draw unemployment benefit. Therefore the course was far from intensive and the students were struggling to make ends meet. This did not help their capability to learn. There were about 20 students on the course at the beginning of any one year; about half would drop out.

Fewer than 10% of the students who completed that introductory course, in my time there, went on to full-time training in journalism, which involved no more unemployment payments, although there were grants for some.

BAME youngsters would have a much better chance of getting into journalism if, while at school and as early as can be, they were given well-aimed training in how to write and edit a simple news story quickly enough to meet a deadline.

I was told, when I started in the business, that journalism requires three qualities: a fair grasp of English, a plausible manner and rat-like cunning. British city life can give you the last one and even the second. Let the schools provide the first, before the shrugs of disbelief set in and any cunning goes elsewhere.
Bob del Quiaro

London Universities can play a role in helping BAME students find work in journalism, so that fair representation of the BAME community would be more commonplace in the media.

At London Metropolitan University, we have a higher percentage of BAME students than all the Russell Group universities combined, yet finding our journalism students internships can sometimes prove tricky. They don’t always have the contacts that students elsewhere might have, and some don’t have the previous work experience, or other previous qualifications, to compete in this cut-throat field. According to the Sutton Trust, 51% of top journalists in the country went to private schools – more than seven times the national average.

Last year I started up the London Met Journalism Diversity Network. According to 2016 statistics, 94% of journalists in the UK are white, with only 0.2% of all UK journalists black. Many newsrooms are, in fact, exclusively white.

For the inaugural year of the Journalism Diversity Network, we sent five students to the BBC. A senior Newsnight producer was so impressed with one of our students, who had previously applied unsuccessfully for BBC internships five times, that she was asked to apply for an eight-week paid summer internship. She beat 1,000 applicants and is now in her third year at London Met, while also working part-time as a paid associate producer at the BBC.

Diversity in the newsroom is vital as we “really need to reflect the society and the people we want to cover”, guest speaker Melissa Pozsgay from Bloomberg told our journalism students recently. This year we hope to broaden the internship with placements at Bloomberg, the Islington Tribune and several others.
Wendy Sloane
Senior journalism lecturer, London Metropolitan University

As someone who is sickened by the constant racism shown to players at sport fixtures, may I suggest that whenever this disgusting feature vents itself, all sportspeople involved in that fixture being played, no matter what sport, simply walk off the field? You can guarantee that it wouldn’t be long before the general public turned on these racists for good.
Paul Doran
Dublin 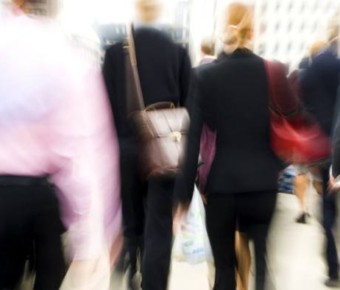 What barriers to employment are faced by disabled candidates?