A new survey has found that a fifth of global employees would still be reluctant with regards to being open about their sexuality or gender identity. While the UK ranks second in a list of countries where LGBT+ talent feel comfortable coming out at work, over a third would lie about their partner when asked by a manager if they’re in a relationship.

In 2017, pan-industrial research by the Boston Consulting Group (BCG) uncovered the fact that 20% of young professionals in the UK choose not to come out, while a third of the same sample said they would avoid mentioning the gender of their partner when making small-talk with colleagues. A year on, in celebration of International Coming Out Day, BCG has published the fourth edition of its survey on the perceptions and expectations of lesbian, gay, bisexual, transgender + (LGBT+) professionals in the workplace.

The global survey revealed that little has changed in the past 12 months. While 80% of respondents in the survey of young LGBT+ talent said, they would be ready to disclose their sexual orientation in the working environment, a further 20% would still not opt to do so. At the same time, of a sample of nearly 4,000 participants in 12 countries, only 50% said they had actually come out to their broad professional circle, suggesting that while theoretically another 30% said they would come out, something is still perturbing them.

Focusing on the UK, meanwhile, 23% of LGBT+ respondents said they had not come out to their family – above the global average of 21% – compared to 63% of UK respondents who had told their work colleagues. At the same time, while this saw the country ranking second in terms of a list of the nations with the most inclusive business environments, a third of British-based respondents still think that being openly ‘out’ in the workplace could be a career risk. Meanwhile, nearly four in ten would lie about a partner when a manager asks if they are in a relationship. While the UK has made significant progress in the 50 years since the country first decriminalised homosexuality, these figures suggest that complacency at this stage would be dangerous.

As the end of 2018 approaches, LGBT+ rights seem to have approached a cross-roads in the UK. A recent Supreme Court ruling saw the UK’s top legal body legally back a Northern Ireland bakery’s refusal to bake a cake in favour of same-sex marriage, highlighting a long-standing opportunity with regards to civil rights in part of the UK.

At the same time, an extended consultation process regarding the Gender Recognition Act – which could be reformed to make it easier for individuals to self-identify their gender – has brought another clash to the fore, with trans-exclusionary groups weaponising of the case of Karen White – who sexually assaulted fellow prisoners at a female jail – to attack the integrity of the Trans community as a whole, months after the 2018 London Pride Parade was “hijacked” by anti-trans campaigners who forced their way to the front of the march. While businesses like Mercer have moved to improve the rights and benefits afforded to staff with gender dysphoria, more can still be done to support this aspect of the community in a hostile period.

Commenting on the findings, Elliot Vaughn, a Partner in BCG’s UK office and co-founder of LGBT+ charity, GiveOut, said, “Despite a positive trend toward LGBT+ inclusion, there is still a clear gap between intention and action.”

Netherlands and UK lead the charge

That is not to say that the UK is dragging its feet on the matter, however. While there are differing levels of maturity across countries in terms of professional integration of LGBT+ talent, the UK and the Netherlands are ahead of most, with around 90% of LGBT+ employees saying they feel comfortable being ‘out’ in professional settings, closely followed by Germany, Austria & Switzerland.

While Germany is performing better than most, however, it is among a number of nations where only 75% of LGBT+ respondents say they feel at ease. These also include France, where the legalisation of same-sex marriage in 2013 sparked protests of thousand across the nation; the US, where the Presidency of Donald Trump poses an increasing threat to the rights of the Trans community in particular, at time of writing; Mexico, and Brazil. Elsewhere, Spain and Italy ranked last, with over a third of survey participants admitting to not feeling comfortable being out at work.

Government and non-profit work is in relative terms still seen as the best arena for LGBT+ individuals to be themselves at work. Public sector work and non-profit roles are favoured by between 6% and 10% more of the LGBT+ community than roles with big companies, with just 58% of LGBT+ respondents saying that they would like to work in a multinational, compared to 69% of non-LGBT+ respondents. Start-ups also struggle in this regard, appealing to only 19% of LGBT+ respondents, compared with 26% of non-LGBT+. This may in part be because of concerns that start-ups have a smaller, less-accountable structure, which could offer less protection from discrimination. At the same time, large private entities may be seen as less likely to respond to the needs of changing demographics than publicly owned organisations.

As many companies look to court LGBT+ labour, with tightening HR markets making an inclusive workplace more important than ever, Elliot Vaughn added, “To attract emerging LGBT+ talent, it’s not enough to focus only on recruitment.  It’s also important to create a work environment that meets their expectations, and that supports them to succeed in their professional lives.  Two high-impact steps companies can take are to visibly signal the importance of inclusion at the most senior level, and to create networks and peer communities for mentoring and to help find solutions to difficult issues that still come up.” 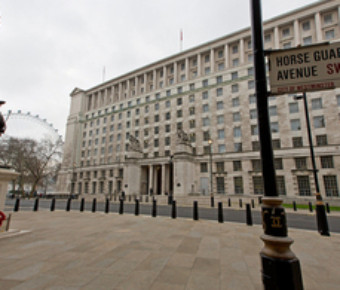 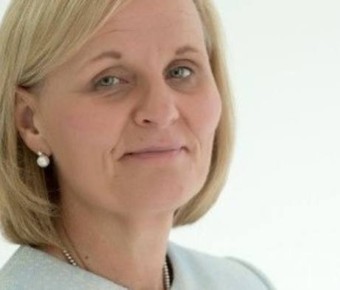 Time to buckle down and act to improve diversity 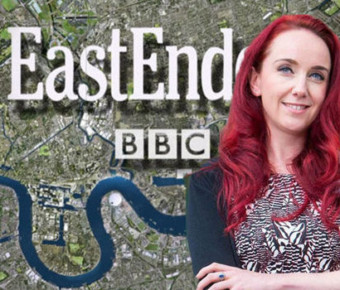 Based at HMP/YOI Low Newton, working across the Durham and Tees Valley areas 37 hours per week (perm [...]

An exciting opportunity has arisen to join St Gemma’s Hospice as Director of Income Generation. Base [...]