What CEOs are doing to increase gender diversity in leadership

Women remain underrepresented in C-suite leadership. 3 CEOs share how they are working to change that.

A lot of companies are paying attention to diversity these days–thanks to increased media scrutiny and incidents illustrating problems that emerge when diversity is not a priority. Pair that with plenty of research that shows a positive link between diverse teams and a company’s bottom line–one might assume that we’d make major progress right now.

But the reality is still pretty bleak when it comes to gender parity in the workplace–particularly in C-suite positions. Women still hold just 20% of C-suite roles, according to a 2017 study conducted by LeanIn.org and McKinsey.

As the survey pointed out–gender diversity remains an issue in every aspect of the corporate pipeline, and for companies to move the needle, any mandate needs to come from the top. Marlene Gordon–VP general counsel at Bacardi North America–told Claudia Chan in a previous Fast Company article, “Without demonstrated, full-on active commitment by senior leaders in their organization, women in leadership will remain a much-talked-about goal.”

I reached out to several CEOs to get their insights on what they’re doing to increase (and retain) diverse players at the executive level. Here’s what they told me.

1. STAY AWAY FROM HOMOGENOUS INTERVIEW PANELS

A diverse candidate pool might not get you anywhere if you don’t pay attention to the diversity of your hiring panel. When you have both genders present in the interview process, you get a more balanced perspective on potential candidates and companies can make hiring decisions based on a more diverse set of feedback. Also, let’s not forget that interviewing is a two-way street. A homogenous hiring panel can give the impression that diversity isn’t a priority, and this might discourage some great candidates from pursuing the opportunity further.

John Lowe, CEO of Jeni’s Splendid Ice Creams, explained that to preserve the gender parity that was a founding element of their company, they make it a priority that their interviewing team comprises men and women. With this approach, they’ve been able to maintain a near break-even level of gender diversity with their C-suite in recent years. Today, their leadership team is made up of 57% women and 43% men.

Lowe said, “When you start from the right base of employees, the gender parity issue doesn’t arise. Jeni’s was started by a strong, smart woman. She did all of the hiring and made decisions based on the company culture she wanted to create. In the early days, Jeni used to have her core team members over to her small apartment for pasta dinner on Sunday nights. It was Jeni’s way of building community within the company. That led to good things. As the rest of us have come along to support her, we have had the benefit of not having to fix a broken system.”

Sometimes, enthusiasm around gender diversity fades over time. When business gets busy, these efforts are one of the first things to get put on the back-burner. But there are ways to increase accountability to ensure diversity stays a top priority. Amanda Lannert, CEO of Jellyvision, recently instituted annual reporting on the gender and racial composition of the company, beginning in Q1 of 2018. Today, they maintain a 50/50 split of men and women–both in C-suite roles and companywide.

But it doesn’t stop there. “On a quarterly basis, we’ve started looking at the total company: All managers, senior leadership, and the C-Suite. We’re also doing annual identity redacted salary reviews,” Lannert said. “We’re interested in looking back on these findings at the end of the year to see how we’ve done and where we can still improve.”

Some companies have chosen to make their diversity statistics public–but to make progress, they need to commit to making concrete changes (and set up accountability mechanisms for doing so.) If there is anything that we can learn from Google’s latest diversity report, you need to do more beyond allocating money to diversity and inclusion initiatives. Not only does it need to be ingrained in the company’s DNA, companies need to make it a critical business priority.

3. MAKE A CONSCIOUS EFFORT TO MAKE MENTORING AND GROWTH OPPORTUNITIES AVAILABLE FOR ALL

The Women in the Workplace report shows that women face challenges the moment they start working in an organization. Not only are they less likely than men to be given opportunities for growth, when they do ask for it–whether it’s through stretch assignments or a promotion–they’re often penalized for doing so. In some instances, a company has a diverse workforce, but they need to work hard to cultivate those talents and make sure that their employees are getting equal opportunities for growth and mentorship. That way, the company can promote leaders from within.

This is a problem that Jamie Richardson, Vice President of Government and Shareholder Relations of White Castle, has recognized and worked hard to rectify through formal mentorship and training opportunities.

“Ten years ago, we had management roles where [the percentage] of men holding these positions was 100%. There were no women–none,” she said. “Today, the percentage of women in those same roles is 56%. We achieved this through efforts like what we call ‘Lean-in Circles’, which are group gatherings led by volunteers that bring together groups of women (men are welcome too) to discuss workplace challenges and opportunities.”

Along with these sessions, White Castle has also developed an extension of this concept via breakfast gatherings called “Rise and Shine.” These sessions encourage attendees to share their personal objectives and their vulnerability. While there are loose structures in place, the company aims to promote organic networking in these gatherings to create an optimal environment for learning and growth to occur.

In the recent media and political climate, diversity has become a buzzword–and somewhat of a commodity for brands and companies. But as Fast Company‘s Pavithra Mohan noted, making a public commitment to diversity “doesn’t necessarily translate into action–or cold, hard numbers.” However, turning those promises into a business imperative and instituting a company-wide effort to implement solutions can go a long way. 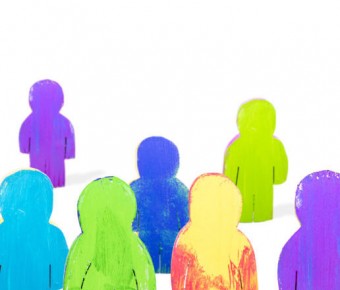 How can your organisation become digitally inclusive?