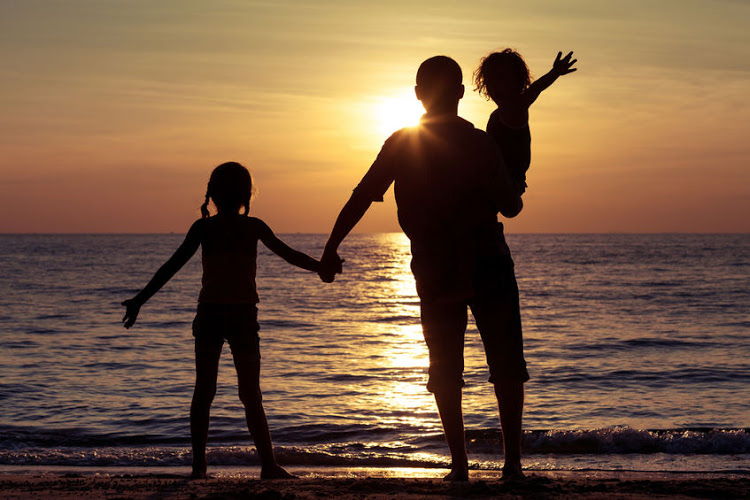 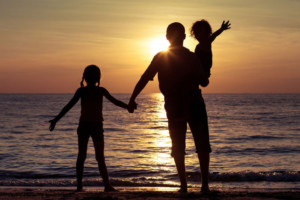 We have all seen the uproar caused by gender pay gaps. Transparency has helped bring about change, but discrepancies in pay will never be eliminated and workplace inequality will never end if employers don’t support equality at home.

And while women must continue to be supported at work, men are the other half of the equation and cannot be ignored. We know about the challenges faced by women trying to juggle work and family life, but very little is known about men.

So, we asked more than 10,000 men and women for their views as part of Equal Lives, a major study in partnership with Santander.

The message was loud and clear: it’s time for employers to acknowledge that the roles of the male breadwinner and female caregiver are clearly outdated, and their employees – of both genders – should not have to choose between being a great parent or having a fulfilling career.

Our research revealed that not only do over half of men who have children or other caring responsibilities want to be more involved in caring, but 85 per cent believe that they should be as involved as women in looking after their children. And yet, despite this sentiment, women remain eight times as likely to take on the main parenting role.

Attitudes towards gender roles have changed considerably, but employers haven’t kept up, and the unequal division of care for children and family members remains stark.

Fathers told us that visibility of their parental role among managers and colleagues was low in comparison to motherhood, and they felt under pressure to conform to the ideal of the devoted worker, unencumbered by family responsibilities.

Dads revealed in interviews that they often leave their jackets on the office chair to rush to the afternoon nursery pick-up unnoticed, while others slot fake meetings into work diaries in an attempt to carve out time for family.

Two thirds of men said that they would make use of family-friendly policies offered by their employers such as flexible working and shared parental leave if they believed that spending more time on caring would not affect their career.

Women’s careers are still most affected by taking on the burden of care for dependent children and adults. But men are now telling us that they want to be more involved at home, and employers need to catch up to allow their staff to make the right choices, both for themselves and their families.

Gender equality is about giving men and women the same opportunities to realise their potential at work and at home.

To start making meaningful changes which will significantly contribute to closing gender pay gaps, increase equality in the workplace overall, and benefit both businesses and employees, there must be a culture where people can openly talk about balancing work and care, with line managers trained to provide the right support.

Flexible working options for both men and women in all job roles, at all levels, should be encouraged wherever possible. Employers could also offer enhanced shared parental leave and paid leave for carers.

They should also address employees’ perception that caring may harm their career prospects by sharing success stories of role-model parents and carers who are working flexibly or taking up family-friendly policies.

If employers get this right, everyone stands to benefit: employees will have more fulfilling lives outside work, and businesses will have staff who are much happier, more engaged, loyal, and productive.

For the first time ever, The Financial Services Compensation Scheme (FSCS) reached the top 10 on the 2021/22 Inclusive Top 50 UK Employers List, coming in at 4th place. FSCS set themselves a target of achieving a 50/50 gender split across their leadership population by March 2022 and both their Board and Executive Team are now predominantly female.  This means ... END_OF_DOCUMENT_TOKEN_TO_BE_REPLACED
Aug
31
Wed
11:00 am Boost Your Career in 45 Minutes ... @ Online Webinar
Boost Your Career in 45 Minutes ... @ Online Webinar
Aug 31 @ 11:00 am – 12:00 pm

This highly interactive workshop enables delegates, at any stage in their career journey, to take stock of their career to date and create an action plan for progression. Participants are guided through mindset work to take greater ownership of their career aspirations and to review their personal brand. By the end of this short workshop, all delegates will have a ... END_OF_DOCUMENT_TOKEN_TO_BE_REPLACED
Sep
22
Thu
11:00 am Attracting and retaining diverse... @ Online Webinar
Attracting and retaining diverse... @ Online Webinar
Sep 22 @ 11:00 am – 12:00 pm

Previously named The UK’s most Inclusive Employer, it’s no surprise that mental health and wellbeing charity Touchstone are skilled in attracting and retaining diverse talent across all levels of employment. The charity provides mental health and wellbeing services to over 10,000 people a year, whilst also working across communities to grow their confidence and capacity to demand the services and ... END_OF_DOCUMENT_TOKEN_TO_BE_REPLACED
Sep
28
Wed
11:00 am Workplace wellbeing: supporting ... @ Online Webinar
Workplace wellbeing: supporting ... @ Online Webinar
Sep 28 @ 11:00 am – 12:00 pm

We’ll share some of our approaches at Bupa of how we help our managers support our people when it comes to wellbeing and inclusion. About the facilitators: Alli Fox Alli leads the inclusion agenda for Bupa Global & UK, as part of her broader role covering inclusion, culture, engagement, talent and leadership. This enables her team and colleagues to bring ... END_OF_DOCUMENT_TOKEN_TO_BE_REPLACED
View Calendar
Add