The awards are due to take place this Thursday (7 March) at the De Vere Orchard Hotel in Nottingham.

Chief Inspector Nick Rook has been nominated for the award for Services to the Public and police staff member Eddie McEvoy is nominated in the Special Recognition for Bravery and Courage category.

Chief Inspector Rook is one of only a handful of registered sight impaired officers in the UK and has previously been nominated in the National Diversity Awards and European Diversity Awards for his work as a role model for other disabled police employees.

He has been a serving police officer for 20 years but four years ago suffered health complications which resulted in him losing nearly all his sight in his right eye. Since then he has suffered complications with his left eye, also affecting his vision. He was determined to retain his current position in the Force Communications Department and is now using specialist equipment to ensure he can still work effectively.

Chief Inspector Rook returned to work as soon as he could after losing sight in his right eye and since then has assisted with rebranding and setting up the first operations centre for the National Police Air Service, designed a new shift pattern which reduced sickness levels and brought in a replacement command and control system which saved the Force thousands of pounds.

He is also an executive member of the West Yorkshire Police Disability Association, a role in which he engages with others and tries to break down disability barriers.

Chief Inspector Rook said: “It is humbling to receive such recognitions. What I am really pleased about, especially taking into account Eddie’s nomination, is that these awards shine the spotlight on the hard work my colleagues in Contact Management do every day behind the scenes.”

Police staff member Eddie McEvoy, who works as an Initial Contact Officer in the Force Communications Department, has been nominated for talking a potentially suicidal male off a bridge. He was off-duty at the time of the incident in January 2018.

Being an experienced call handler, Eddie was aware of the potential risks to himself of approaching an individual with mental health issues who was in crisis. However, he took the decision to stop at the scene, talked the male away from the barrier and walked with him off the bridge.

This is the second year in a row that Eddie has been nominated for a Control Room Award.

Senior Contact manager Tom Donohoe said: “The APD Control Room awards are an important way to recognise those staff who work tirelessly and with dedication and commitment, but are not always in the public eye.

“I am delighted that for the second year running West Yorkshire Police have been nominated. It’s great to be in company with unsung heroes from other police forces, the fire service and smbulance service.

“These awards are a great way to recognise all the work that these staff do, day in and day out.” 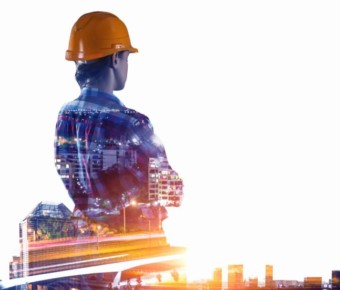 How to implement a bottom-up approach and improve diversity

FTSE firms ‘dragging their feet’ over ethnic diversity on boards

Was 2018 positive for diversity and inclusion?

How to Handle the Stress of Working From Home