The problem with diversity targets in the workplace.

This past Sunday, as people around the world celebrated International Women’s Day, they also shone a light on the unfortunate—yet unsurprising—enduring challenges women continue to face in society.

Some of the most disturbing trials were highlighted in the UN’s Gender Social Norms index, a global survey which measures and analyses gender bias in 75 countries, which found that at least 90% of men and women hold some sort of bias against females.

Here are three more of the survey’s most wretched findings:

The theme for this year’s International Women’s Day was #EachforEqual, which stresses the need to recognize equality not just as a women’s issue, but as a pertinent matter of business as well. It reflects the growing chorus for gender-equality throughout society—including, of course, in the boardroom and the workplace.

I’ve never considered myself to be a formally proactive champion of women’s rights or for any cause of diversity, believing that my actions and interactions speak for themselves.

I’ve hired (and fired) female and so-called diverse colleagues; and I believe I’ve recognized and respected their equal rights, valued their work, celebrated their achievements, and taken them to task for under-performance. None of this was done in support of a corporate diversity campaign, nor to meet some diversity-based quota. It was done for the simple reason that it makes business sense.

Smart companies recognize that leadership diversity is a business imperative. It’s about having people in the boardroom who bring unique experience, knowledge and different perspectives.

So, why are we still seeing such slow progress in corporations meeting targets to increase diversity at the top table?

The need for more diversity has become an urgent discussion across industries. Yet, if prevention is better than cure, shouldn’t companies dig a little deeper to better understand a different kind of diversity challenge, one which almost every company on the planet faces?

I’m referring to attitudinal diversity, including constructive dissent and independent thought at the board level. Without this type of cognitive diversity along with increased transparency, organizations can become breeding grounds for unconscious institutionalized bias, narrow self-interest, short-termism, and corporate myopia.

Such destructive and debilitating traits are not always obvious or apparent; they can be collectively wrapped in a cloak of unwritten ground rules, commonly called groupthink.

Groupthink is rarely mentioned in relation to diversity, but it can be very destructive to the cause. If it were a club, groupthink would have only one membership condition: a willingness to conform and subjugate your individual ideals or values to the dominant direction of the group. Groupthink occurs when the desire for conformity results in irrational, dysfunctional, or unfair decision-making.

Diversity is not ticking a box

Along with the International Women’s Day UN report, two other recent news stories highlighted the diversity issue in very different ways, but prompt the same question: Is there a danger of our surface understanding of diversity and inclusion being reduced to just a box-ticking exercise?

A report from the UK government’s independent Parker Review released in London last month looks at ways to “improve the ethnic and cultural diversity of UK boards to better reflect their employee base and the communities they serve” and sets targets and timescales to “help business leaders address the issue.”

The latest update went straight for the corporate jugular when it accused major companies of dragging their feet on diversity targets ahead of a looming 2021 deadline. The report stated that only 53 of the 100 listed firms that make up the FTSE 100, Britain’s stock index, have “at least one director from an ethnic minority background.” That is a small increase from the 49 companies that had met the target since the review was launched in 2017. The same target was set for the FTSE 250 but with a deadline of 2024. Only 54 of those firms have reached that goal.

Another recent story on the same topic—this one coming from Goldman Sachs— approached the diversity challenge from a very different angle: Goldman chose the lofty forum of this year’s Davos meeting  to announce that it will no longer take a company public in the US or Europe if it lacks a board director who is either female or diverse. The bank unequivocally states that having a non-diverse board is unacceptable.

Well, nothing at all if one accepts that the end justifies the means.

According to its “diverse vendors definition guide,” Goldman Sachs restricts diversity to gender, sexual orientation, minority status, veteran status, or someone with a disability. Small and medium businesses and those with a social or environmental mission also qualify as diverse. Will the bank also have boxes to be ticked on religious belief? Political alignment? What about animal rights activists—veganism, anyone?

Goldman’s purpose may be pure and its frame of reference well-intentioned, but a more cynical interpretation could be that this is no more than a virtue signaling exercise that fails to address the complex underlying issues.

Whatever the rationale and intent of the Goldman initiative, and that of the Parker Review, the risk is that such initiatives can inadvertently take a morally irreproachable ideal down a rabbit hole, and completely miss opportunities to solve the real problem at hand.

First, there is a hypocrisy implicit in a condition that states that everyone deserves the same opportunities regardless of identity or background, but when converted to actionable policy, means a person gets the opportunity for the board seat only if you are diverse as we define it.

It’s also worth noting that the Goldman announcement makes no mention of Asia or Africa, or any other region. Goldman representatives reportedly attributed this to the fact that diversity “has other meanings” in different parts of the world. Is the bank saying that its values are not universal, and that some regions and cultures are held to different standards?

Second, the criteria as stated is too easily satisfied.

Of course, one suitably diverse board member at a table for 12 would not make a diverse board. Yet the criteria states that a company needs to appoint “at least one” of the following to the board: a woman, a person of racial minority, or a member of the LGBTQ+ community. Are there bonus points if one board member ticks all of these boxes?

This also begs the question of whether the guidelines and criteria should be extended to include a robust appraisal of a board’s effectiveness in promoting diversity throughout the organization.

Whether a company is meeting the targets of the Parker Review or the Goldman criteria, one thing is certain: A picture of a visually diverse board in the annual report may be worth a thousand words, but actions speak louder.

If a company has a demographically diverse board yet does little to promote diversity throughout the organization, will it still meet the stated criteria?

Conversely, if a company has a proven track-record of promoting diversity throughout its operations but does not meet the board-level criteria, is it rejected and barred from opportunities until it makes a token appointment to the board?

This is where groupthink becomes such a lethal force. Groupthink chokes cognitive diversity, but may emphasize symbolic diversity, resulting in low-substance, high-spin manifestos.

Reality will always seep into even the most meticulously choreographed campaign if the organization’s culture and its leadership behavior fall below its carefully crafted proclamation of purpose.

Ultimately, the issue of diversity should be an inviolable priority for all organizations to address—but as a matter of substance, not as mere symbolism. Does your organization’s culture and tangible actions promote and develop diversity in the interests of everyone? Or, does it merely tick the boxes without driving real and lasting change in the balanced interests of stakeholders at all levels inside and outside the company?

Most of us can think of nothing better than a world where gender equality and the wider issue of diversity are recognized as strengths rather than a compromise.

Hopefully, future generations won’t even be conscious of these issues because it will just be the way the world works. Now there’s a box to be ticked.

Why the industry needs more women in engineering 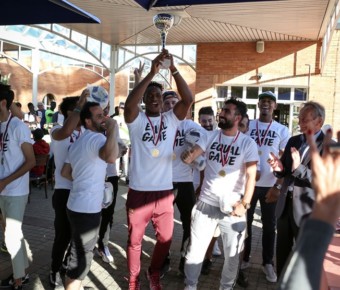 Women in finance: How AI is shining a light on diversity

About Police Now  Our mission is to transform communities by inspiring, recruiting and developing le

We are looking to recruit a Housing Management Assistant to join our friendly Kirklees team! The ser