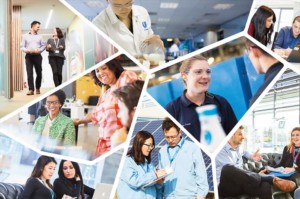 Increasing the UK’s female employment rate and closing the gender pay gap could boost GDP by billions and increase women’s spending power by 20%.

PwC’s latest Women in Work Index finds that the UK is slowly improving gender equality in the workplace – it is now ranked 13th in the index of 33 OECD countries, up one place since 2018 and up four places since 2000.

However, as the Big Four firm points out, if the UK were able to match second-ranked Sweden’s level of female employment (69% v the UK’s 57%), the benefit to the economy would be in the region of £178bn. Equally, closing the gender pay gap would boost female earnings by £92bn.

PwC says that both government and business have a major role to play in improving gender equality in the UK.

“This research shows that an area of weakness for the UK is the number of women in full-time employment,” explains PwC chief people officer Laura Hinton

“Employers can help address this by supporting women returning to the workplace and creating a culture where ambition and progression is encouraged at all levels.

“It’s also important to remember that policies such as flexible working need to benefit men just as women. This will help balance some caring responsibilities traditionally held by women and, over time, should increase the number of women who enter – and stay – in the workforce.”

The Nordic countries dominate the top 10 rankings, spending large amounts on family benefits such as affordable childcare and freeing up women to work full-time. Iceland takes poll position followed by Sweden and New Zealand. Norway is in fifth position, Denmark in seventh and Finland in ninth.

The countries with the farthest to go in terms of gender equality are Korea (33rd), Mexico (32nd) and Greece (31st).

Interestingly, the UK ranked the second highest of the G7 countries, behind Canada in 11th place.

Within the UK, Scotland, the South West and Wales come top in terms of female economic empowerment. PwC’s senior economist Yong Jing Teow suggests that this is because they have large hospitality sectors and a high concentration of public sector jobs, which tend to have more balanced representation.

Elsewhere, the performance varies significantly. London, which ranked ninth out of 12 regions, boasts the highest female full-time employment rate in the UK but its performance is undermined by the fact that the pay gap has essentially flatlined since 2010.

The worst performers were the East and West Midlands. Both regions have high female unemployment rates and a wide variation in male and female labour force participation rates.

Disability and age discrimination are top concerns for UK employees

OM012 – Housing Management Worker (Nights) Birtley, County Durham £17,625 per annum 37 hours per week (3 on, 3 off) Closing Date – 10th March 2021 About you Do you have a qualification in Youth work or Children’s Residential NVQ level 2 or equivalent appropriate qualification (or willing to work towards)? Do you have experience of working with socially disadvantaged The post OM012 – Housing Management Worker (Nights) first appeared on Inclusive Jobs. [...]

Permanent Newcastle upon Tyne £22,075 per annum 37 hours per week Closing Date – 9th March 2021    About you Do you hold a Qualification or relevant experience working in in one or more of the following fields; criminal justice, homelessness, youth or community work, social work, mental health, Substance Misuse? Do you have experience in a senior role and in The post SS001 – Psychologically Informed Environments (PIE) Co-ordinator first appeared on Inclusive Jobs. [...]