Nearly two thirds of LGBT+ employees in the UK think their workplace lacks commitment to diversity, statistics by the Boston Consulting Group (BCG) about the effectiveness of diversity and inclusion programmes has found.

Compared to other survey respondents, LGBT+ employees are the most sceptical of their employers’ efforts to promote diversity and inclusion (D&I) policies, with only 39 percent of LGBT+ respondents considering their organisation’s management to be committed to these goals.

The percentage was much higher among respondents identifying as white heterosexual men (63 percent) or among women (55 percent). Less than half (46 percent) of BAME respondents, however, believed their company to be committed to D&I.

The study also noted that BAME and LGBT+ respondents were more likely to leave a company within the next three years due to their lack of commitment to diversity.

Overall, stats showed that only a third of all respondents who are supposed to be the beneficiaries of workplace D&I policies said they have personally gained from them.

What do LGBT+ employees value in the workplace?

The survey of 2,000 British workers, published on Thursday (January 17), was conducted as part of a larger study researching the most effective diversity and inclusion policies, involving a total 16,500 respondents worldwide.

The responses highlighted a set of policies that everyone considers important—anti-discrimination policies, anti-bias training and bias-free evaluation and promotion decisions—but also a number of issues on which each vulnerable group places considerable importance.

LGBT+ respondents also highly valued a bias-free day-to-day experience in the workplace—as recent studies have indicated, 50 percent of LGBT+ people remain closeted at work—to be able to work without fear of being judged for who they are.

The study recommended creating D&I policies mindful of the specific needs of each vulnerable group within the workplace to address everyone’s specific concerns.

54 percent of UK gay men reported discrimination in the workplace

A separate study commissioned by the gay dating app Chappy and published on Wednesday (January 16) found that over half of gay men said they have experienced discrimination at work because they are gay.

The survey respondents indicated manufacturing, sport and construction as the industries most unfriendly towards LGBT employees.

However, nearly 70 percent of respondents indicated feeling comfortable talking to their colleagues about their sexuality, suggesting that gay men tended to work in places considered “gay friendly.” 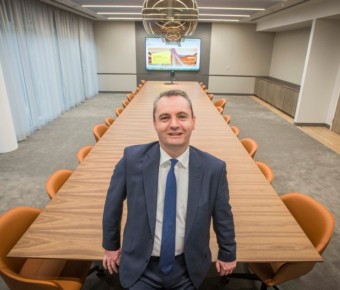